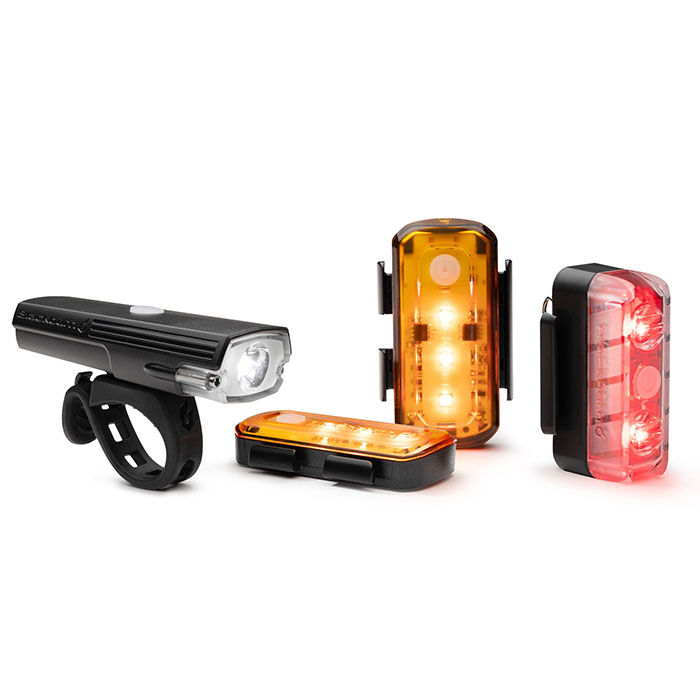 Only ships to Canada
With the Luminate 360 Set, being seen from all angles while cycling has never been easier. The grid side beacon was imagined to work in with head/tail lights to keep you more visible from a full 360-degrees. While the grid side beacon can be used as a stand alone light, Blackburn believes it works best as part of their Luminate 360 Light Set. The Dayblazer 400 front light and the 65 rear, are spec'd with blitz mode to keep you bright enough to be seen, day or night.
Details