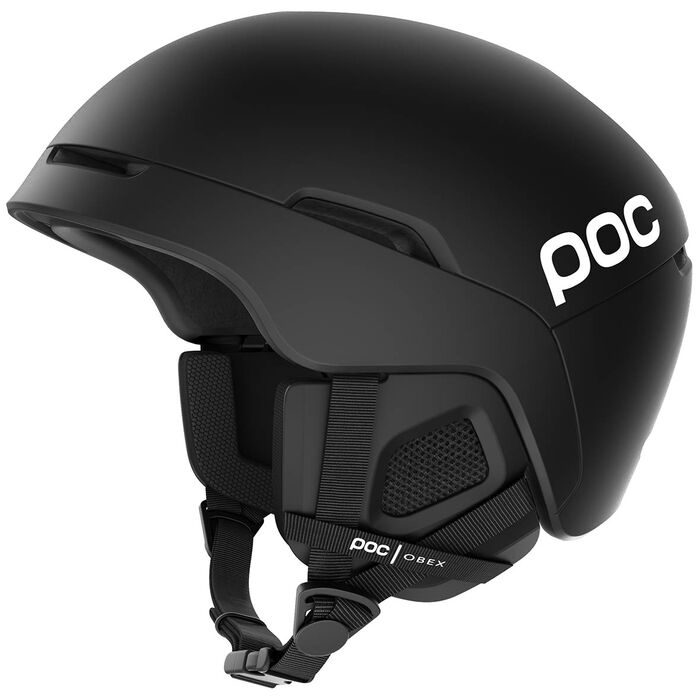 Item No. 25101866
CAD$ 240.00
Only ships to Canada
The Obex SPIN provides adaptable protection for a variety of styles of skiing and snowboarding. Constructed with an EPS liner, PC shell and ABS top shell, the Obex is lightweight making it ideal for all-day use. An interior size -adjustment system allows a user to find an ideal fit without needing to change pads. Sliding vent covers allow the wearer to open or close helmet ventilation based on their own comfort and prevailing weather conditions. Integrated vents at the front of the helmet allow air to evacuate from goggles, thereby preventing fogging.
Details

Expanded polystyrene is used to help diffuse the force of an impact. It aids in the shock absorption through the "crushing" of the material. Used for its relative light weight and versatility in design.

SPIN works by allowing pads placed inside the helmet to shear in any direction during an oblique impact, a process inspired by the brain's own internal protective system, cerebrospinal fluid, which cushions the head during a fall. By using the innovative and unique pad technology, which sit directly against the user's head, SPIN pads allow the helmet to move relative to the head during a fall, reducing the force transmitted to the brain.

Reviews
Powered by
0.0 star rating 0 Reviews
Write A Review
Ask A Question
Thank you for posting a review!
We value your input. Share your review so everyone else can enjoy it too.
share
share
share
Thank you for posting a review!
Your review was sent successfully and is now waiting for our staff to publish it.
Thank you for posting a question!
Please click on the link in the confirmation email we just sent you to submit your question.
Your question will appear on the site once someone answers it.
Clear All
Updating Results
Verified Reviewer
What is a Verified Reviewer
A Verified Reviewer is a shopper who has confirmed an email address, or connected a social network with Yotpo, providing an added level of transparency and trust.
0 star rating
02/23/20
On
share facebook twitter LinkedIn
Was this review helpful? 0 0
02/23/20
Loading...
Powered by